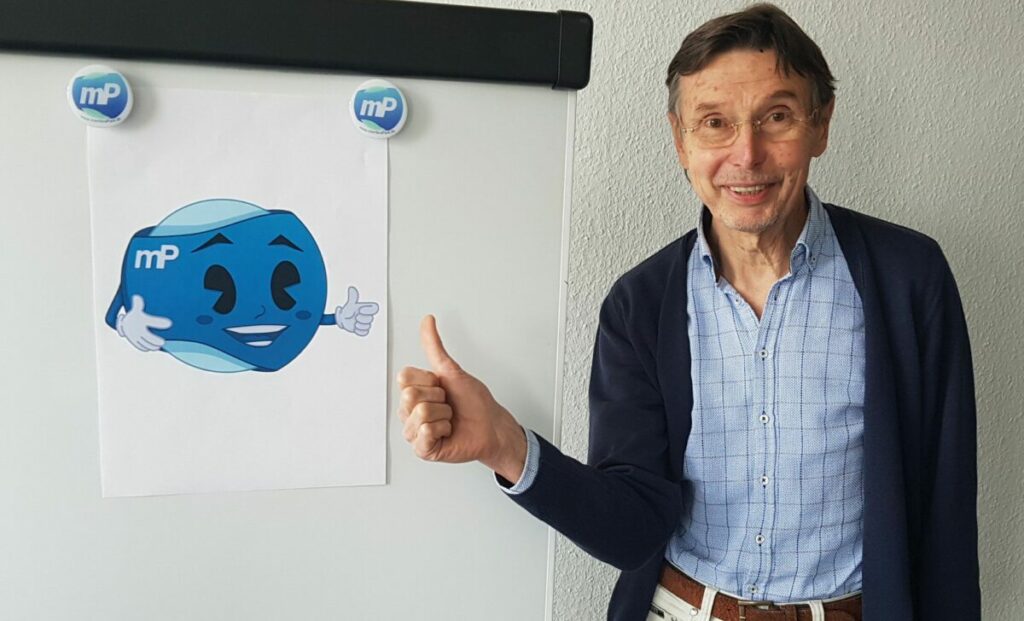 Now it’s official. We have a new member! And this time in the form of a mascot. And this time in the form of a mascot. After many rounds of difficult decisions, the winner was chosen and the mascot was born. But what name should it get?
The idea was found quite quickly and the majority decided to name our new team member after the founder of the company: Emil
Emil Flindt, previously a long-time employee of Millipore, founded the company in 1993, which can now look back on a history of more than 25 years. In 2016, he handed over the company to his son, Dr. Erdmann Flindt, and he retired in 2018. But as is the case with most seniors: They can never quite let it go. That’s why both Emils will show up at the company in the future. One more, more less.

membraPure endeavours as far as reasonably possible to provide correct and complete information on this website. However, membraPure does not guarantee that the information provided is up-to-date, correct and complete. The same applies to the content of external websites that this site refers to directly or indirectly via hyperlinks, programmes, files, contents or hyperlinks to other websites are provided without any expressed or implied warranty.

membraPure reserves the right to alter the information provided on this site without prior notice.

Complete your name and email to receive the application note.